if you missed the first installment, you can catch up here and just to warn you, this may be a bit graphic

it was Friday May 10th. i was scheduled for an amnio Monday morning the 14th at 10am. if babe's lungs came back good, i was having a c-section that afternoon. the morning nurses woke us up at just after 7 to get weighed. i wandered into the bathroom while i waited my turn and discovered i was bleeding rather heavily. i headed right back to bed.

when the nurses came to weigh me, they thought i was kidding so i wouldn't have to be weighed. they quickly realized that this was no joke.

i was checked out, blood pressure, temp and baby, when they discovered i was contracting. out came the monitor and the IVs and the OB on call was paged.

it was a full moon, Mother's Day weekend. the maternity ward was packed. there were even women on gurneys in the hall waiting for rooms to be cleaned for them and their new babies could move into. the OB didn't make it in to see me until lunch. i was still contracting, babe was responding well, it turned into a waiting game. he told me he would definitely see me later that day. i wasn't allowed to eat and was not allowed out of bed.

Jim was coming in to see me the next day. it was just after 10pm, the theme music for Law and Order was just starting to play as we said good night on the phone. i hung up and laid back on the bed and heard *pop*. literally instantly, my bed was a sea of blood. i just started screaming-my room heard the pop as well and went screaming out of the room to find a nurse.

i was rushed down to the labour floor; i had blood dripping off the bed the entire way. they brought me into a labour room and started hooking up more IV's etc. i had delivered 3 other babes all natural and this was way more painful. the OB called for an ultrasound machine and they discovered that my placenta was tearing away. OB said they had maybe 3minutes to get me into the OR.

papers were pushed at me, i have no idea what i even signed. my earrings and wedding ring were taped to my ears and finger. i will never forget the nurse trying to get the catheter in and she called for help. she was covered with blood to her elbows; another nurse helped her by pouring water over me so they could see.

i was brought into the OR, i was already told Jim would never make it in time. now it was time for my greatest fear; the spinal. i was sat on the edge of the gurney and bent over. i sat there watching the blood drip off the bed onto to the floor and hearing, drip, drip, drip. i started getting tunnel vision and was just going to tell the nurse i was going to pass out when the anesthesiologist said, move again and i could paralyze you. that snapped me right back.

they were just strapping me down to the gurney when a loudspeaker clicked on in the OR and someone yelled 'the dad is here!' Jim had made the 45minute drive in under 15minutes.

the OR was crowded-special care team for M(he was 6weeks and 1day premature) the OB and his team and a specialist for me. at 10:53pm, M was born. i remember hearing him cry and than the OB saying-'you are due when?' he was perfect(seriously he was lol) he was also huge for a 6week preemie-he tipped the scales at 7lbs 6oz and scored a 9 on his apgar.

they cleaned him up and brought him over to me than it was off with Jim up to the special care nursery to give him a thorough check out. now it was the difficult part, getting the bleeding to stop with me. first step was to pack me full of gauze, step 2, cauterization of the blood vessels and 3, a hysterectomy. thankfully the packing and various shots of clotting agents worked. i was tucked back into my room by 1am

M was perfectly healthy. he was put on a feeding tube(they had a very hard time getting him to wake up to eat) he was in a closed bassinet(isolet) to keep his body temp consistent. there was an oxygen mask in the bassinet but he didn't require it to be on.

i didn't get to see M again until Saturday afternoon. the morphine was really hard on me and i didn't recover well from it. the special care nursery brought him up to me just before dinner. i was so weak i couldn't even pick him up to hold him. Mother's Day Sunday i was told i needed to get out of bed and move around. i was told to have a shower, i ended up passing out i was so weak.

i signed myself out of the hospital the following Tuesday. i had had enough. M was released from the nursery on Monday morning. i was in the hospital for 28 days(and had had 37 needles). i needed to go home.

we got home and it was insanity-the other 3 boys were so excited to have me home. there was a cleaning crew there scrubbing the house from top to bottom as a surprise for me. there was too much going on. it wasn't until later that evening when i wanted to go to bed that i remembered we had stairs-2 sets worth. i literally crawled up them sobbing it hurt so bad.

at my 6week check, i learned i was supposed to have been given a blood transfusion. it took almost 3 months for me to get my strength back. if you've ever been on bed rest for an extended period of time, you are aware of how it weakens. that and the loss of blood, i was a mess. i look back and know that i should have stayed longer(i have no idea how long the hospital wanted me to stay. when i said i wanted to go home, they never objected).

it wasn't until much later that Jim told me what happened when he got to the hospital. they sent him to the labour room where i was originally brought. there was my bed covered with blood with blood all over the floor. he figured he had lost me.

even after 5yrs, i think of this often. we still have the mattress with the blood stain that we couldn't get out. i'll flip the mattress and have *forgotten* what happened and see that and it all comes rushing back.

M truly is a miracle. i was diagnose as being in pre-menopause in 98. we conceived B in 1999 after using fertility drugs(i can admit it freely that he was our girl try lol). after his birth, i was told i would never have more kids.

i was 4 months pregnant when i finally had a positive test. we suspected for months-i took test after test and my dr wouldn't send me for a blood test. when this test showed positive, i literally shook for 3 days after lol.

today M is a few inches shorter and 5lbs heavier than his soon to be 7yr old brother. they wear the same size of clothing, M's shoes are a size bigger. we couldn't imagine life without him 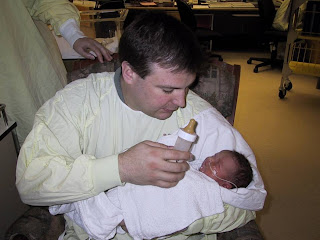 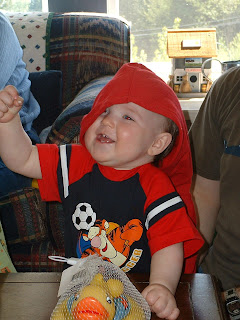 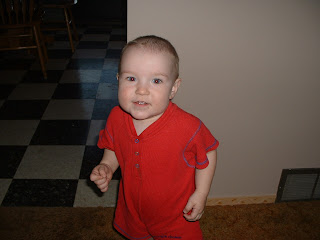 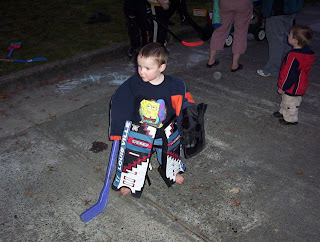 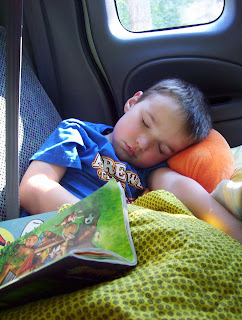 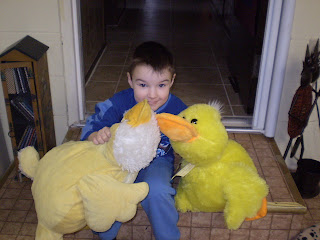 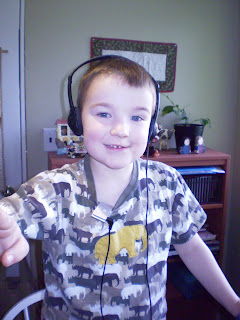 Posted by QuiltNut Creations on 5/10/2007 12:00:00 AM
Email ThisBlogThis!Share to TwitterShare to FacebookShare to Pinterest
Labels: me

Oh what an amazing story...I have tears streaming down my cheeks!!! He looks like a very healthy boy and I'm happy for you all that the story has a happy ending. Thanks for sharing.

What a story... so glad it has a happy ending! (or is it simply the middle??)

What a freaking amazing story!
Your little miracle baby..who looks just like you too!

How the two of you got through that!

Oh and yeah...I was supposed to have a transfusion too..they forgot...couldn't understand why I couldn't move or get out of bed...duh!!!

I was soo weak...and I didn't even go through what YOU did.

Happy Birthday M!! I can't believe you are FIVE! I bet it will be strange this September watching your youngest baby go off to school!

What a wonderful birth story! I've been waiting for his birthday to read the rest of it!

So happy to hear of all the things that went well for you. I have also struggled with infertility - for about 4 years, until DS#1 was conceived. He now has another brother, and I'm due in September with #3. God has blessed us.

that's an amazing story. So glad everyone came through it well! Happy birthday to M.

Holy Cow.
Mothers and babies have to be the most amazing creatures on the planet. Congratulations to you both!

I sooooooo remember all this. I remember talking to you on the phone while you were in the hospital. That was sooooooo long ago now, eh? :P

Happy (belated) birthday to your youngest monkey. I hope he had a great day. My guy turns five on Monday. Hard to believe. *sigh*

I was glued to each word! Thanks for sharing that. I was weak after Kristanna, but I can't imagine how you must have felt! (I liked the spinal though - I knew it was going to bring relief.... so I just grinned and bared it!)

I agree - a miracle for sure!

Wow - quite the birth story. The fact that everyone came through it was quite the miracle! 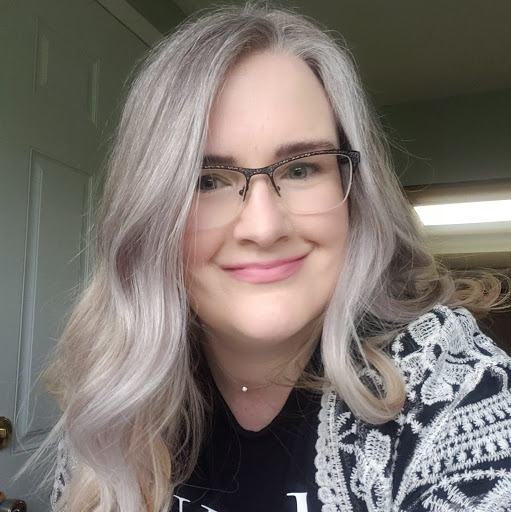