I can't believe it is Sunday night already. Where did the weekend go? We had a fabulous one spent with lots of friends but it was busy. Thankfully the upcoming week is a short one!

I've crammed this post with lots of odds and ends so let's get to it!

When I last posted, I had planned on going home and posting a Card Friday post. Instead, I came home to discover that a CN train had derailed across the street from us. That than involved numerous trips up and down the street taking pictures through out the night.

We were lucky; the train had just left a storage yard and wasn't travelling at full speed. And most of the cars were empty. If the train had been going full speed, it may have ended up literally in our street.

The derailment happened right by our house; 22 cars were derailed in total. From what CN told us, something was put on the tracks and caused it. You can see in this picture how bent the rail is under the car. Scary. Thankfully no one was hurt and none of the cars tipped over.

You can see how the rail is bent under this train car. That is not supposed to happen. 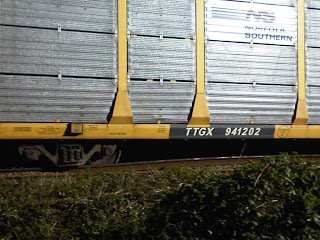 The lights were soooo bright! This was taken at midnight; and all the lights were running off gas generators. Lots of noise! We didn't get a very good sleep Friday night as a result. 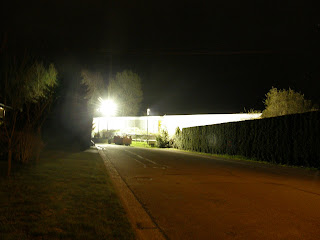 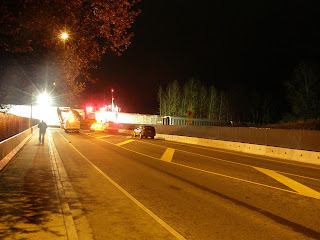 Saturday morning just a few of the 22 derailed trains were left; most were pulled down the tracks and off during the night using these big diggers. The noise that created was insane. We were very glad to live on the opposite side of the street. 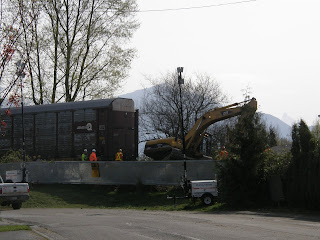 The road was closed until this morning. This road has only been open since October; it caused lots more traffic on the other city routes. 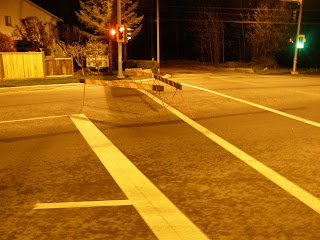 We had been originally told that the road would be closed until Monday at the earliest. It was a pleasant surprise that it was open sooner than later.

Than new track was brought in and by late Saturday afternoon, the trains were running again. 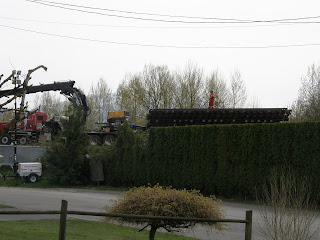 Saturday morning, one of my besties, Jill came for waffle Saturday. I had promised Jill waffles a few weeks ago but I was out of flour so it didn't happen. She came straight from her night shift for waffles and than went home happy. 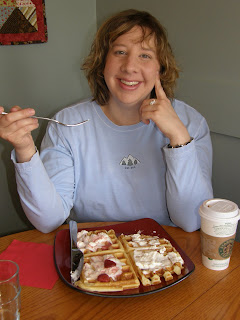 Than we had friends over for dinner than off for a double date to see Remember Me.

Today consisted of teaching Sunday school(sheep races anyone? it's a long story lol!) and than Jim and I went and watch game 6 of our WHL team's playoff battle. Sadly we lost(and are now out of the playoffs) but it was nice to get out just the two of us.

And now it is time to fall into bed and rest up for another week. Thank goodness it's a short one!

Hope you all had a fantastic weekend as well. 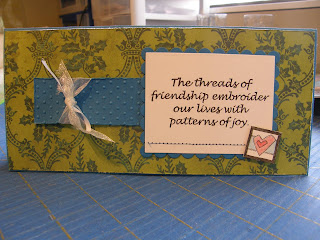 Crazy train!
Those waffles look yummy... :)
I knew you would go see that movie again. Was it just as good the 2nd time?