I l-o-v-e appliqué. And like Christmas' past, most of my gifts this year are going to be appliquéd ones.

It took forever on Saturday to get a super easy project finished. I can only show a sneak peek of it since I know the recipient reads my blog(morning Erica!!) There's going to be quite a few 'sneak peak' pictures only soon! 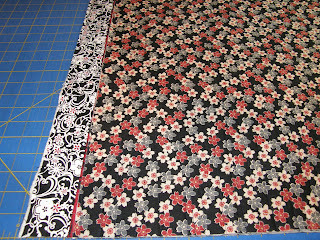 Since Saturday was not as productive as I had planned, I decided to spend Sunday working on the appliqués. My plan was to get everything traced and cut out. Course the first step in that involved emptying the scrap bin. 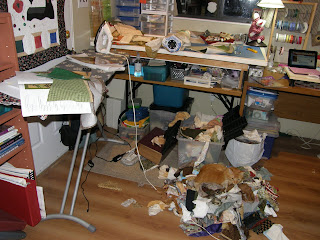 And than the cat has to get involved too. 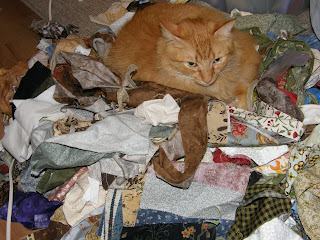 Such a disaster, but very productive! Two hours of cutting last night and the shapes are ready to go! 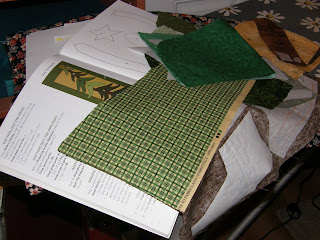 Dare I jinx myself and say that I am actually ahead of schedule for the Christmas sewing? But I haven't started the Christmas cards yet as a result lol. I'll be back later today with Quilt Monday. See you than!
Posted by QuiltNut Creations on 11/15/2010 10:06:00 AM
Email ThisBlogThis!Share to TwitterShare to FacebookShare to Pinterest
Labels: quilting

Doesn't the cat always have to get involved? LOL

I just finished doing some applique Christmas stockings for my son and his companion (he's on an LDS mission) for Christmas. I hope to post those tomorrow! I love applique too.